People are generally pretty ignorant about mental health and what to do if someone is distressed or in a crisis situation.

This is despite the fact that in any one year, around 1 in 4 British adults experience at least one diagnosable mental health problem. So how about taking a course in mental health first aid (MHFA) instead of the more traditional physical option?

MHFA is taken seriously in the US, where this year the US government has put has $15 million towards the cost of such training for front line staff, including teachers and youth workers. Teachers are in the front line since a staggering three quarters of all adult mental health problems start before the age of 18, and they can spot the early signs and symptoms in children.

Find out more at: http://mhfaengland.org/

Very cold weather is anticipated. Some advice for vulnerable people from the NHS
January 12, 2017 ackersch

Very cold weather is anticipated. Some advice for vulnerable people from the NHS: http://www.nhs.uk/Livewell/winterhealth/Pages/Verycoldweather.aspx

We wish all of our patients and customers a Happy Christmas. A reminder that our pharmacies will be open again on Wednesday. 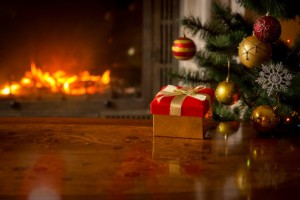 What you can do about suspected side effects of medicines
December 21, 2016 ackersch

Did you miss the social media campaign being run by the Medicines and Healthcare products Regulatory Agency (MHRA) to promote reporting of suspected side effects?

Medicines have the potential to harm as well as cure. While they are usually safe and effective, there is the risk of side effects and it is important that these are understood.

If you are concerned about side effects of any medicines you are taking you should ask your pharmacist.

Regulators like MHRA rely on the reporting of suspected side effects by pharmacists, doctors and patients to make sure medicines on the market are acceptably safe.

Unfortunately, all reporting systems suffer from underreporting, and this campaign aims both to raise awareness and help strengthen the system.

You can help make medicines safer by reporting any suspected side effects easily and quickly through the Yellow Card Scheme online or via the mobile app. Go to https://yellowcard.mhra.gov.uk/ for more details.

Remember to order your medicines in time for Christmas!
December 20, 2016 ackersch

Remember to order your medicines in time for Christmas! Our pharmacies will be closed for 3 days from Christmas Day.

Diet can impact on likelihood of migraines
December 19, 2016 ackersch

An important trigger for headache is the withdrawal of caffeine. If you regularly drink three or four cups of coffee every morning, you may have a caffeine withdrawal headache later in that day if you skip your morning fix.

Other triggers for migraine are monosodium glutamate and nitrites. MSG is a flavour enhancer used in a variety of processed foods, while nitrites are used as preservatives in processed meats such as bacon, sausages and ham.

Alcohol is one of the most commonly reported dietary trigger factors for migraine. Vodka and red wines, especially those with a high histamine content, are problematic.

If you are susceptible to dietary triggers that cause migraine, you can adopt an ‘elimination diet’ that avoids the foods and beverages known to trigger headaches. An alternative approach could be to follow a comprehensive diet whose composition may prevent headaches.

Experts in the USA have identified three diets that may help prevent headaches. They are:

The problems caused by poor mental health have been rising steadily up the health agenda, which is why a study that suggests taking part in the Scouts or Guides can help lower the risk of mental illness in later life has grabbed people’s attention.

Children who participate in these organisations, which aim to develop qualities such as self-reliance, resolve and a desire for self-learning, are likely to have better mental health in middle age, the findings show.

Scouting, which frequently involves being outdoors, also seems to remove the relatively higher likelihood of mental illness in those from poorer backgrounds.

The findings come from a lifelong study of almost 10,000 people from across the UK who were born in November 1958, known as the National Child Development Study.

Around one-quarter of study participants had been in the Scouts or Guides, and those were found to be around 15% less likely to suffer from anxiety or mood disorders, compared with others.

Researchers say their findings suggest programmes that help children develop skills such as self-reliance and teamwork, and encourage being active outdoors, may have lifelong benefits. Food for thought?

Your urine should be a clear pale yellow colour. The colour comes from a substance known as urobilin and is the result of the normal breakdown of red blood cells.

The yellow colour gets darker when the urine becomes more concentrated. Darker shades of yellow suggest that you may be dehydrated and need water.

Your urine can be other colours, and some of these may signal a medical problem. A red colour can be caused by blood in the urine, and is a reason to see a doctor straight away. But harmless causes of redness in the urine include beetroot or blackberries in the diet.

Many of the changes to urine colour caused by medicines or diet are harmless and temporary. Orange urine can be caused by some laxatives and chemotherapy agents, and by eating carrots, because of the carotene that these vegetables contain.

Medicines that alter the colour of urine to brown include the antibiotic metronidazole, and the anti-epileptic drug phenytoin. Sennoside laxatives (Senokot) have a similar effect. Medicines such as cimetidine, which reduces stomach acid, and the painkiller indomethacin, can turn the urine green.

If you are on prescribed medicines and your urine changes colour, check with one of our pharmacists if this is an expected side effect.

September was World Alzheimer’s Month and a report released to mark the event points out that some of the ‘modern’ diseases which plague today’s population, such as diabetes, high blood pressure and heart disease, could be linked to an increased risk of dementia in later life.

A person with diabetes, for example, has a 50% higher risk of developing dementia, according to the report. Studies in the elderly have also shown a link between smoking and dementia. While risk is similar between ex-smokers and people who have never smoked, those who continue to smoke are at much higher risk of dementia.

It is important, says the report, to ‘preserve brain health during mid-life’ as people who enter old age with well-developed, healthy brains have a reduced chance of developing dementia. The changes in the brain responsible for dementia can begin decades before symptoms appear, so, like saving into your pension fund, it is never too soon to start looking after your health. A visit to the pharmacy for advice would be a good start.

When you try to relax in the evening or sleep at night, do you ever have unpleasant, restless feelings in your legs that can be relieved by walking or movement? If the answer is yes, you may have Willis-Ekbom disease, more often known as restless legs syndrome. It is a common nervous disorder where people have an uncontrollable urge to move certain parts of the body, particularly their legs. The cause is unknown.

Apart from getting up and walking around, what can you do about it? Simple steps such as sleeping in a quiet, comfortable and cool environment, and going to bed and getting up at a regular hour may help. Avoid drinking coffee before you go to bed. During an attack you may benefit from walking and stretching, or bathing in hot and cold water.

If these simple measures are ineffective you could ask your pharmacist to recommend a mineral supplement (magnesium, potassium and calcium. If this does not work, the next stop is your GP.